AVIDMINDZ INC is a new-age career search and leadership hiring firm driven by innovative recruitment solutions to deliver exceptional talent. With an industry experience of around 20+ years, we provide our clients with a high-value resource pool through our intelligent search and selection procedure. Our well-developed internal processes aid in finding the right candidate for the intended job as well as helping in aligning all future requirements. The immediate needs of all our clients are met with the utmost diligence, constant feedback loops, and personal accountability.

"Opening up a world of possibilities for your talent."

"Opening up a world of possibilities for your talent."

At AvidMindz we tap into the hidden market by leveraging modern sourcing methodologies and providing exciting opportunities that these professionals have always been aspiring for.

As they say and we firmly agree “The secret to successful hiring is to look for people who want to change the world'' and organizations are constantly on the lookout to hire such talent. That’s where we step in to find leaders from the technology world.

We work very closely with client recruitment teams to identify projects with such needs and focus on them to traverse diversity inclusions. 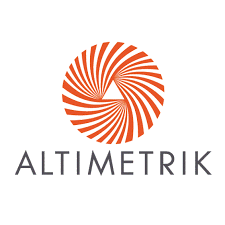 Altimetrik appreciates the partnership with MantraMinds. One of the honest, hardworking organization that we feel happy to work with. We appreciate the way Mantraminds takes feedback and constantly works towards supporting their client. Thank You.